Dating Lessons from a Midlife Widow

Once she discovered who she really was, and stayed firm in those convictions, it was easier to find love

In June of 2014 at 3:30 a.m., I decided to join J-Date, the self-proclaimed largest Jewish dating community worldwide, but it might have been the insomnia. George, my husband of 32 years, had died fourteen months ago and I wanted someone to have dinner with, to once again be asked, "How was your day?" Having found love before, I had no reason to believe it couldn't happen a second time, but I was fifty and hadn't dated since I was a junior in high school.

My first date as a widow was with a handsome mortgage broker who wrote great emails, but couldn't stop lamenting about his past loves once we finally met in person. Worse, in my inexperience, I agreed to a second date after he promised to do better but he again spent our time acting like I was his therapist. He seemed surprised when I declined a third meeting.

Not knowing what I wanted, I made bad decisions about who to date and I didn't trust my own instincts.

Things went downhill from there. There was the wealthy depressed artist with anger management problems, the overloaded climate activist who found fault with almost everything about me, and the polyamorous doctor who wanted to see me in rotation with many other women.

I tried other dating sites, but I still didn't find my person. Many of my experiences were downright awful, from overly forward messages to last minute cancellations to guys who thought "come on over tonight and hot tub" constituted a reasonable first date.

I wasted so much time on men I wasn't compatible with, including getting into a bad relationship that seemed less enervating than staying online.

I had such a steep learning curve navigating midlife dating. Here are some of the most important lessons I learned so you won't have to.

Don't Date Until You've Found Yourself

When George died, I lost not only him, but the "us" we were together and the "me" that was half a couple. I'd spent so many years thinking of "we" — where we liked to go, what we liked to eat — that it took awhile to find myself as an individual. I couldn't really pick a new person when I didn't even know who I was anymore.

Not knowing what I wanted, I made bad decisions about who to date and I didn't trust my own instincts. Many guys had opinions about how I should live, and I took those criticisms hard because I was so lost.

It would have been far less painful for everyone had I waited until I was more sure of myself before trying to mesh with another person. So I recommend not dating until you've found your new self as a solo person.

George and I had led isolated lives, he was an engineer and I a bookworm, so when he died I had few friends and no outlets for meeting people. If I wasn't careful, I could go days on end without talking to anyone and, over time, my loneliness became almost unbearable.

Desperate, I joined the first groups I found: a car club and Rotary. Neither of these aligned with my interests, but the car club offered Saturday breakfasts and Rotary a weekly dinner, which helped with my solitary meals. Even better, I discovered that most people were welcoming to a new widow.

You might even find love through a group, but either way, there's less pressure to date when life already feels full.

Eventually, I found groups that resonated, including a weekly writing class offered through adult education and hiking organizations from Meetup. My groups got me out of the house and meeting new people, a few of which turned into friends. When I wanted to travel but had no one to go with, I started making trips with my university alumni association.

Most people learn their social skills in college instead of in their fifties, but learning to reach out saved my life. If you're feeling isolated, find something you want to do, be it photography or mastering your new phone, then do it with others, perhaps through a camera club or a class on using technology. You might even find love through a group, but either way, there's less pressure to date when life already feels full.

Learn to Say No Without Equivocating

Male baby boomers were raised to conquer, like James Bond or Gordon Gekko of "Wall Street." ("Greed is good.") Women my age were raised to not offend, to keep our skirts down on the playground even as we were told to ignore the little boys who lifted them up. As a young lawyer in the early nineties, I was told by my boss to be more "pleasant," a complaint not leveled against my male co-workers and certainly not a word used to describe a successful attorney.

The media teaches women to value men's attention, to want to be seen as attractive. But these teachings have resulted in one half of the mature dating pool (men) being encouraged to go after what they want and the other half (women) being taught not to offend anyone. This did not serve me well. Guys seemed to think they could persuade me to do what they wanted, from going on a second date to becoming physical.

I had to keep looking until I found someone who, like me, believed that true love was possible and, more importantly, that it could be fun.

Women of my generation need to stand up for ourselves and not settle for things we don't want, including saying no and standing by it, no matter how much we're challenged. Many guys pushed me to accept things I didn't want, from so-called exclusive relationships to paying for things I never asked for. I had to learn to hold my ground and refuse to negotiate.

Stay Away from the Toxically Jaded

So many older daters are disillusioned with romance. By this age, they expect to be settled, not dealing with failed relationships and bad dates. Perhaps their finances suffered in a divorce. I was surprised by how many men I met had given up the hope of finding love.

But people who "know" there's no hope are a self-fulfilling prophecy. They think everything is going to fail so why be invested in a relationship, and based upon their actions, their relationships do fail.  Who wants to be with someone who thinks life sucks? This was especially irksome to me as a widow keenly aware of mortality. I had to keep looking until I found someone who, like me, believed that true love was possible and, more importantly, that it could be fun.

Five years after my loss, I did find my second person online, but it took perseverance and an almost insane belief in the future. We've been together over four years, and love is that much sweeter for having found it later in life. 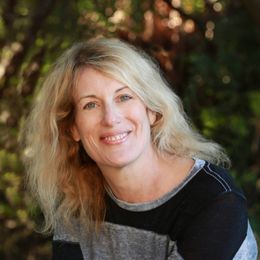 Debbie Weiss is the author of Available As Is: A Midlife Widow's Search for Love. Read more about it on debbieweissauthor.com. Her writing has been published inThe New York Times' "Modern Love" column, Huff Po,Woman's Day and Reader's Digest among other publications. A former lawyer, she's proudest of earning an MFA in creative writing at age 56. Read More
Advertisement